“I bring up what’s bothering me and he just shuts down. All I get is silence. He won’t talk to me”.

“He gives me this blank stare. And when I ask him what he’s thinking or feeling, he says he doesn’t know!”

We’ve all been on the receiving end of our partners silence in the moment we really need or want them to engage with us.

Like when Susan came home from a run and told Scott how she had been thinking that she really didn’t want his mother to watch the kids on Friday night when they go out with friends.

“Can we get a babysitter this time?” she asks him.

He replies, “I don’t know”, as he heads down the hallway to his office.

Scott’s Mom, and the interactions with the kids when she babysits, has been a source of tension in the past, and Susan wanted to engage Scott in a conversation about an alternative option for this Friday.

Scott frequently avoided conflict of any kind and his response was a common one for him. He retreated from potential discord like a ninja. Somehow, he just found ways to be distracted, non-committal, or simply silent, which kept Susan at bay.

Until she’d get so fed up, her anger boiled over.

When that happened, Scott could no longer avoid the conflict and they would have one of their repeat, loud, distressing arguments.

Both of them were tired of it.

Susan was tired of Scott avoiding important topics and never knowing how he felt about things.

Scott tired of the blow ups and just wanted things to be smooth and calm between them. He mused, “If she wouldn’t get so upset, everything would be fine between us”.

And men get a bad rap for being identified as the gender that stonewalls more than women.

John and Julie Gottman are known as “renowned experts on couple stability” due to the decades of research they have conducted in the “Love Lab”.

Their research shows that certain behaviors predict the outcome of a conversation within the first 6 seconds and are predictors of divorce with  94% accuracy.

Known as The 4 Horsemen (referring to the 4 Horseman of the Apocalypse) these behaviors are – Criticism, Contempt, Defensiveness and Stonewalling

DO MEN STONEWALL MORE THAN WOMEN?

The silent husband. The one who doesn’t know what to say, what he feels, what he needs or how to respond to his upset wife. This is a common archetype.

When the researchers gave men equal air time to bring up their concerns about issues in the relationship, VOILA, women stonewalled just as often as men.

The takeaway is, stonewalling is a human behavior many of us engage in when challenged by our partners.

It’s as common as mud.

It is not a male/female issue.

Men are NOT from Mars and women are not from Venus! I’ve always disliked that analogy, despite the popularity of the book by that title. It’s premise seeped into the living rooms of many American couples, thus polarizing men and women even further than society would already have us.

My goal is to help shrink that divide between men and women such that we all become more present to how alike we actually are and that it is our shared humanity that is key to the true intimacy we all long for.

Men have just as many feelings as women.

And women stonewall just as often as men.

IS STONEWALLING IS A PREDICTOR OF DIVORCE FOR ALL COUPLES?

Social class is a variable that has a significant impact on the outcome of stonewalling on a relationship.

Stonewalling in working class couples does not predict long term negative outcomes in the way it does for middle and higher socio-economic couples.

In fact, for working class couples stonewalling was helpful over the long term!

What is this about??

Researchers speculate that working class couples face more stress and have fewer family resources. When there are fewer resources to change things, it can sometimes be helpful for a spouse to NOT ENGAGE when their partner is venting about things they want changed.

This may prevent frustrating escalation between them.

One blows off steam, the other stays quiet and they move on.

Stonewalling, like any behavior, is not just an individual behavior, but occurs in a relational context and a broader socioeconomic context.

And it’s not just a damaging male behavior!

What’s the relational context of stonewalling in YOUR marriage?

What’s the context of any behavior or pattern in your relationship?

Scott has his own reasons for being conflict avoidant that stem from interactions in his marriage AND from how he learned to BE in relationships from the family he grew up in.

The good news is, new skills and new behaviors can replace the stonewalling that both men and women engage in.

Susan and Scott are working on ending that pattern together, as a team. And so can you and your partner. 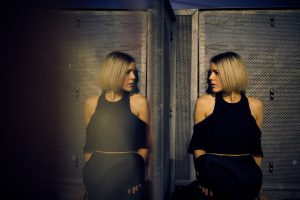 What’s Self Esteem Got to do with Relationships?

Our culture does not teach us how to have healthy[...] 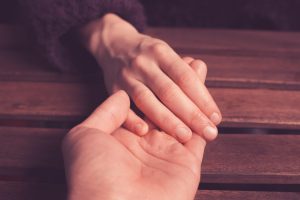 4 More Ways Self Compassion Can Improve Your Relationship 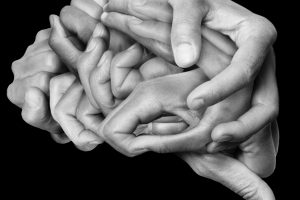 Quiz: Which Part of Your Body is Running your Relationship? Your Heart or Your Head?

“We distrust our heart too much, and our head not[...]