4 Signs of Resentment in your Relationship

Resentment, like cancer, begins as a small, often undetected, issue in one aspect of the relationship.

Perhaps you didn’t speak to your mom about the rude comment she made to your spouse about his always being late, or maybe you forgot to take the trash to the curb AGAIN. If feelings about such things are left unaddressed, ignored, or avoided by you and your partner, they grow and metastasize into other areas of your relationship, choking out the healthy connection that was once there. If you don’t deal with resentment early, when it can easily be addressed, it ultimately creates distance so vast, that most couples find it impossible to bridge. This is what makes resentment one of the most destructive forces marriages face.

Signs your partner may resent you:

Relationships require sacrifice and compromise that come from it no longer being just “me,” but rather a combination of “me,” “you,” and “we.”

As mature adults, we recognize that the emotional and other benefits of our relationship far outweigh the drawbacks of having to consider the needs and desires of our partner, and his views of what our relationship should look like. When a couple struggles to negotiate and willingly make those sacrifices from a mature, adult perspective, they may also find it difficult to confront disagreements in a mature way, breeding resentment. This is especially true when one partner is naturally more assertive and confident than the other. In such cases, the less assertive partner often finds himself giving more and more ground, leading to ever-increasing resentment.

To combat resentment in your relationship, it’s essential that you look at your own behavior to see how you may be contributing to planting the seeds of resentment.

Are there things you’ve promised to do and not followed through? Do you avoid discussing difficult issues? It’s essential that you both be open to negotiation, follow through on agreements, and make amends when you mess up. It’s also crucial that each of you is willing to accept the amends offered by the other. 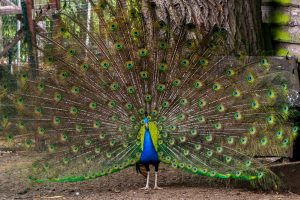 Are You Open to Letting Your Spouse Seduce You?

Are you open to letting your spouse seduce you? Remember[...]

Why the Stay-at-Home Order Magnifies Your “Normal Marital Hatred” And[...]